I have had many highlights throughout my life, including,

* Getting to ride in an AA van when our trusted family Subaru broke down.

* Buying my first Beano (but only because I wanted the free toffee bar taped to the front of it).

* Learning to ski with my first set of skis that strapped to my welly boots, on our street in Bristol and not breaking anything.

* Drinking those little stubby beer’s you get in France while on holiday over there in my early teens.

* Meeting my wife for the first time.

* Touring with some cool bands.

* Getting married a few years later.

* Not having to talk about the wedding once it was over.

Another highlight is getting my first WSM.

You get the idea, I’ve led a pretty thrilling life so far, but there was something special about my first WSM. Admittedly it was only 4 years ago, but I feel like a lot has changed since then. When I stood and stared at it, I saw this little shiny, bullet shaped, metallic bundle of joy. Little did my girlfriend (now wife) know what had just snuck its way in to the house.

I loved the potential it bought in to my garden, I was now the king of the grill! I was going to throw the best BBQ’s with all my mates and be the hero behind the grill. I didn’t even know that there was such a thing as a BBQ competition at the time, but if I did, I would have pictured myself there with my little WSM, a beautiful sunny afternoon, smoke pouring out of the top vent, beer in hand with a crowd of hungry anticipating diners around me waiting to try what I didn’t give to the judges. What a hero.

I was all about the ribs at that time, I just wanted to pump out baby back ribs all day long. I’m not sure I had really heard or thought about brisket or pulled pork. My first rib cook is documented in a previous post, alas to say it wasn’t great. But I wasn’t petered, how could this little metallic bundle of joy lead to anything negative? Especially when there are so many things that you can purchase alongside of it to aid the process.

Over the last few years I think I have slowly got better at cooking with it (you’ll have to ask my friends and family). I’ve definitely become better at boring people about it, I’ve even broadened my horizons with other cuts of meat.

I love this thing, probably the thing I love the most about it is the time it takes to do anything with it.

I love that you have to commit time and effort to it. I love the process of making the appropriate rub, trimming, getting the smoker up to the correct temperature, maintaining that temperature, all the different methods of looking after the meat during the cook and finally, I love the eating. That’s pretty good.

I’d say if you were new to using the Weber Smokey Mountain is a fantastic place to start.

It’s straightforward to use and keep at a constant temperature. You can make or buy loads of modifications for it and easily fit them to make it even better. Something like the BBQ guru, which is a fan attached to a temperature probe you place on the grill, will keep the cooking surface at a constant temperature buy pumping the fan up if it’s getting cold and stopping the fan if the grill is getting to hot so you can ‘set and forget’ the smoker. This sounds like you are cheating a little bit, but when you are doing an overnight cook, something like a large brisket, you don’t always have the time or want to stay up all night to keep an eye on the temperatures. What an amazing bit of kit, one of those things that you wish you invented!

Even if you are not new to smoking, this is still a great bit of kit, I can’t see myself replacing it as my main go to smoker anytime soon, I have recently bought a UDS but nothing will replace my WSM. Some of my BBQ heroes who are cooking at the top of the UK BBQ scene are cooking on WSM’s.

There are obviously lots of other types and manufacturers of bullet smokers, I’m sure they are all super. But I know what I like and it’s Weber. Smokey. Mountain. 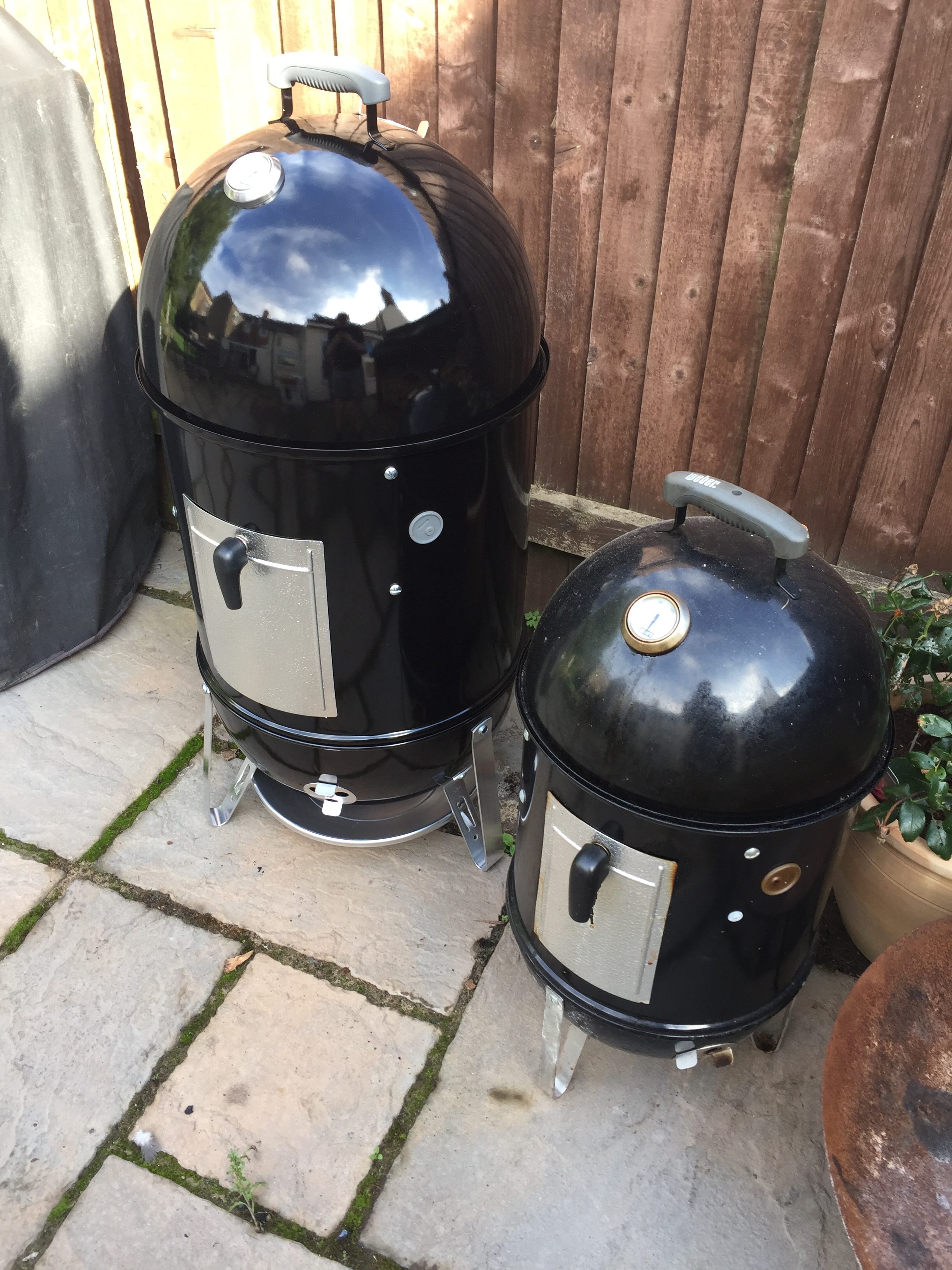 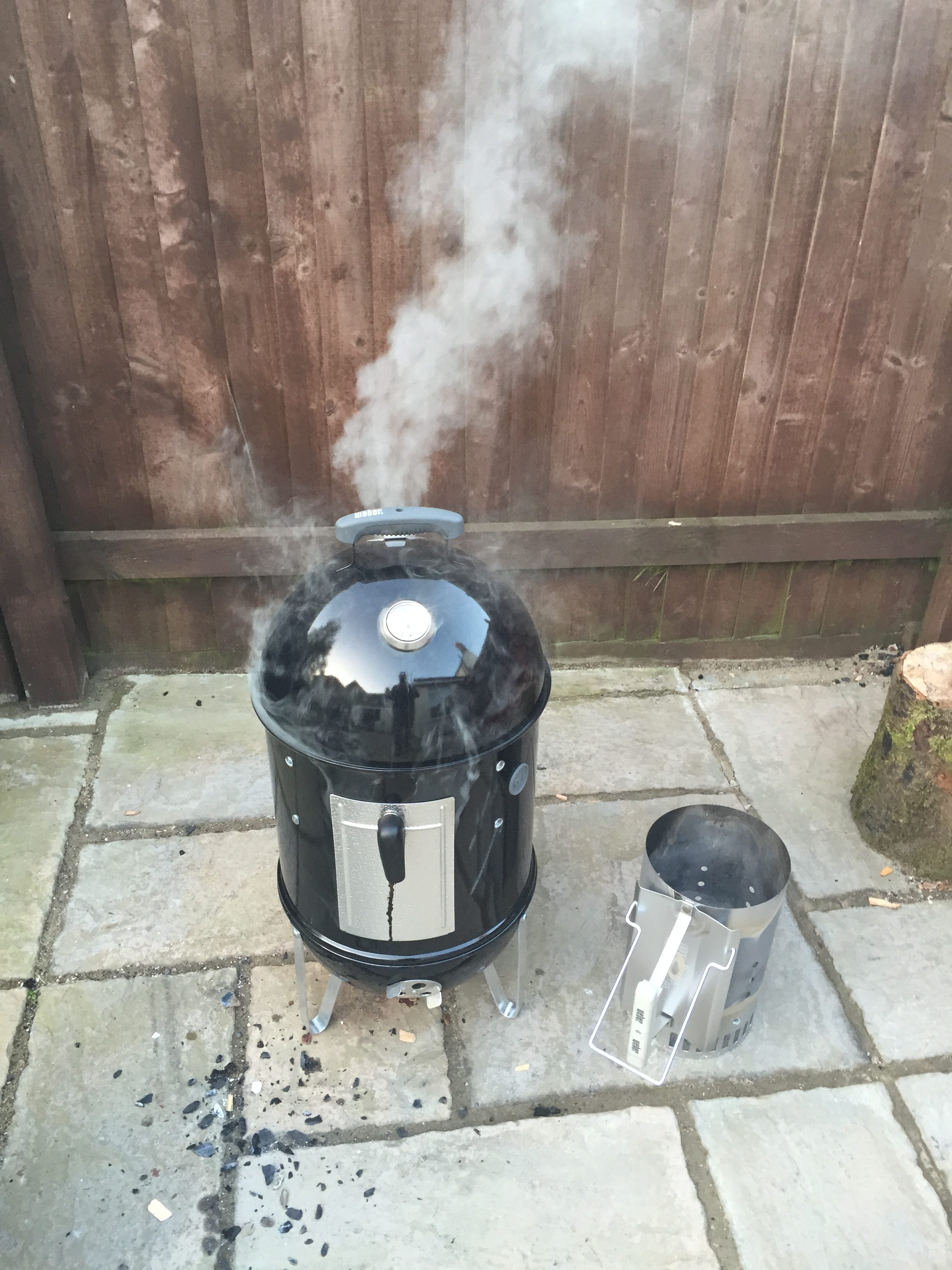 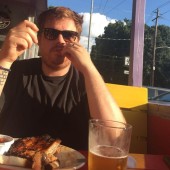 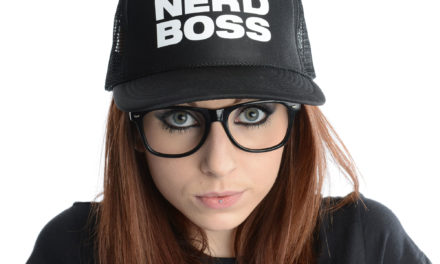 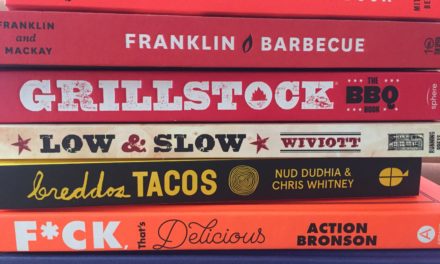 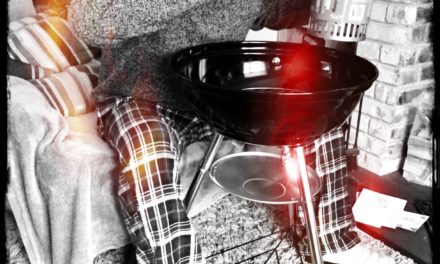