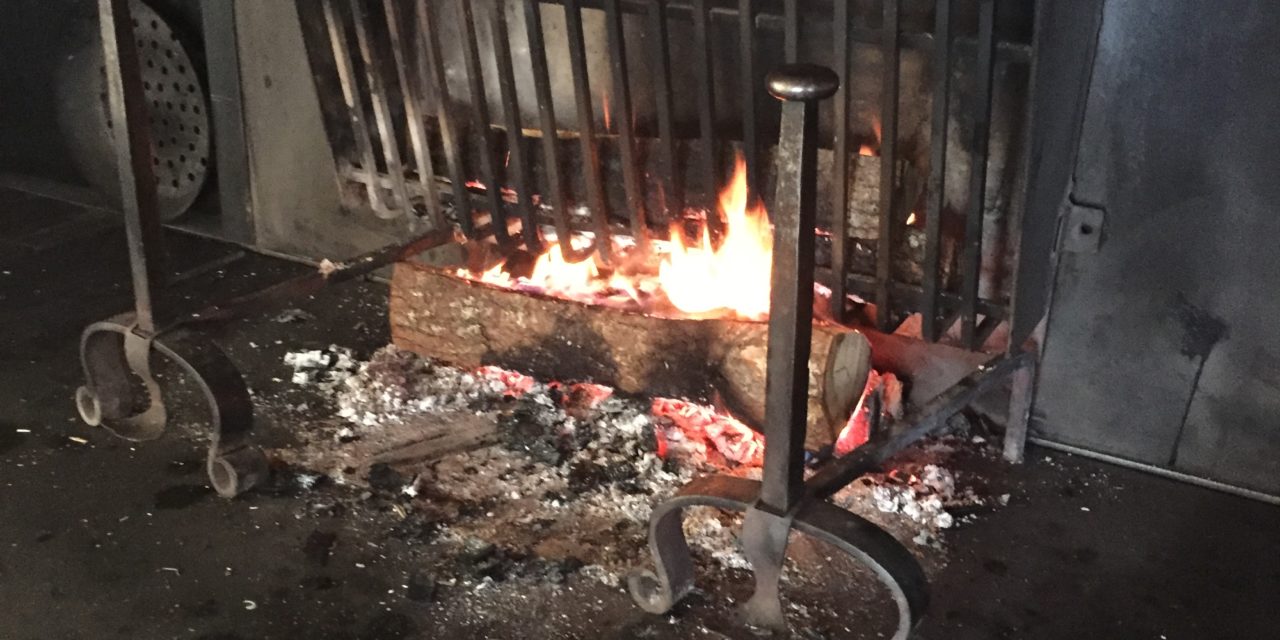 I wrote a little while ago about Getting It Up, starting your bbq and building a fire to cook with.

It’s very important once you get it up to be able to KEEP it up.

When you are smoking you may end up doing a 12 hour cook, you need to be able to maintain as constant a temperature as you can for the duration of the smoke, so I thought I would touch on a few different charcoal methods.

The elements a fire needs to burn are explained in the ‘fire diamond’. Heat, Fuel and Oxygen. 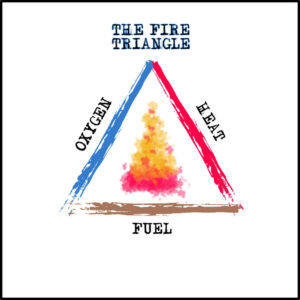 Now we know what we need, we need to give the fire the best chance we can to keep on keeping on.

There are several different charcoal methods, I’m just going to mention a few, the ones I have used. I think these are normally associated with bullet smokers or drum smokers (UDS). 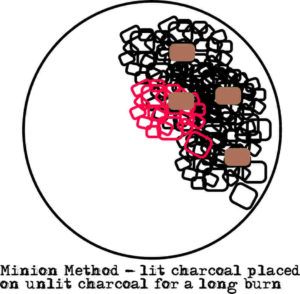 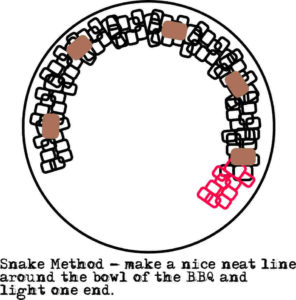 The main one I use is the MINION METHOD. It’s pretty simple and in my bullet smoker (WSM) or my drum smoker (UDS) it has served me well. It’s basically a bed of unlit charcoal on which a starter full of lit (white hot) charcoal is poured. There are a few ways of doing this, one would be to make a ‘doughnut’ of unlit charcoal and poor the lit charcoal in to the hole in the middle, in the hope that the fire will burn out from the middle lighting the others and keeping a constant temperature. And it normally does.

I normally just go for the pile of unlit charcoal on one side of the bbq and poor a kettle full of hot coals over the top. This seems to work for me absolutely fine.

The snake method is used more with briquettes, the idea begin that you make a lovely neat line around the rim of your bbq and light one end. This then slowly burns around the ’snake’ of coal and you get an even temperature and burn time through out the cook. You place lumps of wood in staggered intervals around the snake and they catch and give you an even smoke burn through out the cook.

There are a few gadgets on the market that make life more fun and who dissent love a gadget.

My favourite one is the BBQ Guru. Imagine a little fan from inside a computer, a thermometer and a little computer with some mice inside doing maths.

You place the thermometer on the cooking surface (the grill) and the fan gets a special little attachment that points it at the fire, you then block up all the other air vents around the fire chamber so the fan is the only point air can enter.

You tell the mice the temperature that you want the grill to be at and if its getting a bit cool in there it kicks the fan on and stokes it, if the grill is getting little hot it stops the fan and lets the fire die down.

This effectively makes the BBQ ‘set and forget’. It will hold a stable temperature until the charcoal runs out, which can be as much as 15 hours if you have filled it right up. This little gadget makes life so easy, I’ve been up at 3am to light the smoker and put something in, been able to set the BBQ Guru to the required temp, chuck the meat in and then go back to bed. Safe in the knowledge that the smoker will stay at the constant temperature I’ve asked it to until I rise from my chamber a few hours later. This is mainly designed for use with dedicated smokers, but I’m sure

Duel wireless thermometers. These are essential for long cooks, just as important as the temperature of what you are cooking is the actual temperature inside the smoker/grill. The standard thermometers that come fitted to a smoker are usually pretty crap and in the wrong place. You want to know the temp right at the grill level not at the top of the dome. The wireless aspect also means you don’t have to keep opening the cooker to take the temp of what you are cooking, because remember 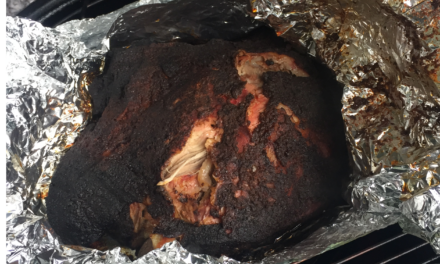 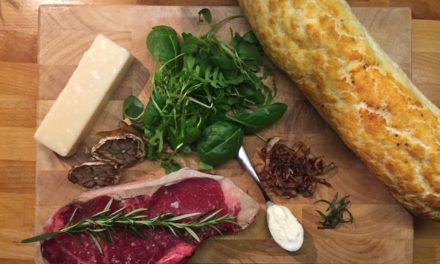